Jamal is second from the left in the first picture. 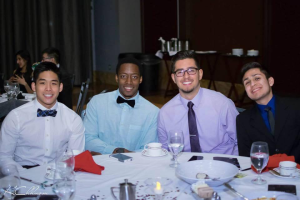 Jamal Perry is a lifelong resident of South Euclid and a Charles F. Brush High School alumnus. He started his SEL experience in kindergarten at Rowland and continued through high school. Since graduating in 2013, Jamal has enrolled at The Ohio State University in Columbus where he is studying mechanical engineering. He is spending the summer in Connecticut interning at Pratt & Whitney, an aerospace engineering firm.

At Brush, Jamal met many interesting people and friends that he still keeps in touch with. “I also got a great education,” he affirms.  Some of his favorite memories involve playing on the Arcs’ soccer team. “It was great playing those four years and all the friends I made in the process.” He also attributes playing soccer to his development of perseverance. “Soccer made me a ‘fighter’ which has given me the ability to chase goals and overcome adversity. Soccer has made me a better person.” Aside from soccer, Jamal also played baseball and participated in track & field.

When it comes to academics, Jamal’s memorable teachers include Mr. Foerg and Mr. Swinerton. “Mr. Foerg’s AP Calculus BC class really helped prepare me for college, both in content and how it was organized.” He explains that in AP Calculus, homework was optional and not counted for a grade. “There were no points awarded for doing your homework, which meant completing it was for your own personal benefit. Many of my engineering classes have a similar structure, which means you have to motivate yourself to do the work. Sometimes it’s difficult, but it only helps you. He also enjoyed AP stats with Mr. Swinerton. “I really liked stats because it felt very applicable to real life, and Swin was a great teacher.”

While he fondly remembers the group of AP and honors students who were driven to succeed, he discussed the large gap in academic motivation. “There were really smart kids who pushed themselves and wanted to succeed, but after the top 30 students or so it fell off. You could tell there were kids there that just didn’t want to be there. It all had to do with self-motivation.”

At Ohio State, Jamal can often be found at his on-campus job. “I work at the RPAC, which is the main recreation center on campus.” When he’s not at work, he also helps out with WeTruck, a team working on building a low-cost SUV for people in Guatemala. This past May, he went on a service trip through Ohio State to Detroit to work on an urban farm as a member of Humanitarian Engineering Scholars. “These farms are meant to provide produce to communities that don’t have access to fresh fruits and vegetables in their grocery stores or shopping marts.” He is also a member of Lambda Psi, a minority engineering honorary. After finishing his bachelor’s degree, Jamal plans to earn a master’s degree in bioengineering. “I want to understand how muscles, tissues, and tendons work.” He hopes improve the procedures and equipment that are used in knee surgeries. 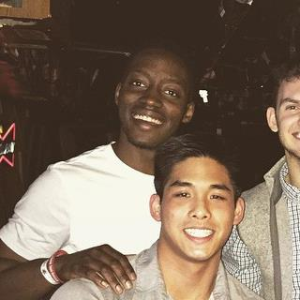 Jamal says attending Brush was a great experience. “There’s a lot of diversity, which prepares you for real world situations and benefits you in college.” He believes that his time in the SEL schools has benefitted him in ways that extend beyond the classroom. “I’m more prepared for life because I went to Brush.