If you’ve tuned in to National Public Radio any time in the last eight years, you’ve likely heard the familiar voice of Ari Daniel Shapiro.  This former Brush Valedictorian is now a regular presence on NOVA, Public Radio International’s The World, and other public media programs.  Shapiro, who uses the name Ari Daniel professionally to avoid confusion with another NPR reporter, has used his background as a scientist to bring award-winning science reporting to the masses.

Ari’s fascination with science began in the South Euclid-Lyndhurst Schools. “I had Nora Doerder for AP Biology my junior year.  I loved the lectures and labs.  She cultivated and celebrated curiosity and had high expectations of her students”, recalled Ari. “I remember coming back from spring break with a list of things I wanted to learn more about.  Ms. Doerder helped me research them one by one.”  Ari Daniel’s curiosity and love of learning was not limited to science.  A favorite memory from his SEL years was the personal attention he received from Spanish teacher, Jonetta Anderson.  “During Spanish II, I had a desire to learn more. Sra. Anderson took me on to do an independent study.  I worked every day in the back of her class on my own, and she and I would review my progress and speak in Spanish every Friday after school.  During my junior and senior years, she often drove me to school so that we could spend a half hour conversing in Spanish in the car. Even her husband got involved, helping to prepare me for the AP Spanish Literature exam”, said Ari, who remains fascinated by languages,  is proficient in French, and is currently learning Arabic.

According to Ari, there was never a question that he would attend SEL Schools. “I come from a family of educators.  My father taught in Cleveland Public Schools for 31 years and my mother was a professor at John Carroll, Case, and now U Mass Boston.  Our family values education, especially public education.  I got a great education at SEL Schools that rivaled or exceeded any private school.”

Ari, who graduated with the highest GPA on record for Brush High School at that time, went on to pursue an undergraduate degree in Biology at Boston College, then became a Fulbright Scholar, studying Animal Behavior at the University of St. Andrews in Scotland, obtaining a Master’s degree in Animal Behavior, then finally obtaining his Ph.D. in Biological Oceanography in June of 2008 from the Massachusetts Institute of Technology and the Woods Hole Oceanographic Institution.  Between his Fulbright year and work on his Ph.D., Ari worked for a year in a service corps program called Avodah as a Legal Advocate for the Urban Justice Center, representing recipients of public assistance at fair housing hearings and engaging in housing advocacy for low income and homeless clients.  He has continued his commitment to serving others in a variety of ways, including serving as an elementary school math tutor and tax preparer for low income clients.

Ari’s transition from scientist to science reporter was a way to connect his love of science to his commitment to social and environmental justice with a dose of the theatrical thrown in.  He has been involved in theater since middle school, finding it the perfect balance to his academic pursuits.  Journalism seemed like the ideal way to pull all of those passions together.  Fate intervened during the summer before Ari’s last year in graduate school.  He volunteered to speak at an ocean science program for journalists offered by the Woods Hole Oceanographic Institution, where he proclaimed his interest in radio publicly.  After his talk, one of the journalists in attendance suggested that he check out Transom.org, a resource for those interested in public radio.  Transom’s mission is to help put new voices on the radio.  He discovered the fascinating coincidence that Transom, and its parent company, Atlantic Public Media, are located in Woods Hole, next door to the building where Ari had been attending academic meetings for years.

An informational interview followed with a producer from Atlantic Public Media and Ari began producing short 30-60 second pieces featuring scientists talking about their research. He loved it, and a career in journalism was born.

Since that time, Ari has traveled the world producing segments on a wide range of diverse topics such as climate change on a melting glacier in Greenland, solar energy production in Spain, quantum entanglement, and how mathematicians might serve as expert witnesses for gerrymandering legal cases.  Most recently, NOVA received a grant from the Corporation for Public Broadcasting to conduct timely reporting on the science angle in the news.  Ari is creating roughly three digital videos per month for Facebook and other social platforms that highlight the role that science plays in current affairs.  In addition to this reporting, Ari has produced a series of digital, interactive games on science topics for NOVA.

When asked to recount a favorite story of his career, Ari shares one of the first radio stories he produced for PRI’s The World.  While traveling to France to present a paper from his dissertation, he interviewed Iegor Reznikoff, an older Frenchman who was practiced in the art of ancient chanting. Reznikoff posited that within caves, the sections decorated with ancient paintings were the most resonant places to chant.  Ari recorded Reznikoff chanting within a cave in Burgundy, France and the experience has stayed with him. “When I heard his song entering my recorder, I felt like I was listening to the most precious lullaby.  And I was so grateful that I’d be able to share that lullaby with others.”

Ari and his wife Ghinwa Choueiter, a computer scientist, live in Boston with their 14-month-old daughter, Leila.

SEL teachers are always making a difference in the lives of their students, although they may not realize how much of a lasting difference they’re making every day. Melanie Kay (Ferrara) Finkenbinder, Valedictorian of the Class of 2000, spoke with us recently about what she’s been up to since graduation and how her  teachers and her time at South Euclid-Lyndhurst Schools influenced the person she has become.

Working now as a primary care physician at Lower Lights Christian Health Center in Columbus, Melanie serves the Latin American immigrant population. She is also a medical student educator and is pursuing a Master’s degree in Global Public Health. “The part of Columbus our clinic serves is a food desert. There are few grocery stores in the area and many of our patients are food insecure. One new initiative in our health center is the addition of a free ‘grocery store’ right in our building.” Melanie is devoted to improving the health of Columbus’s Latino population—making sure they have equal access to health care in spite of the poverty and discrimination she sees her patients face everyday.

After leaving Brush, Melanie attended Washington University in St. Louis and went on to medical school at The Ohio State University. Melanie is married to David, a structural engineer, and they have two sons: Paul (3) and Henry (1).

Melanie’s Spanish language classes at Brush have paid off, as did her semester abroad in Chile during college. She uses her foreign language skills every day as she speaks Spanish to her patients and to her children at home. In discussing her time at Brush, Melanie reflects on the classes and teachers that made a difference in her life and helped shape her future. “Ms. Doerder’s AP Biology class was hugely formative. It’s how I, and at least six of my classmates become interested in medical science, and decided to become physicians. 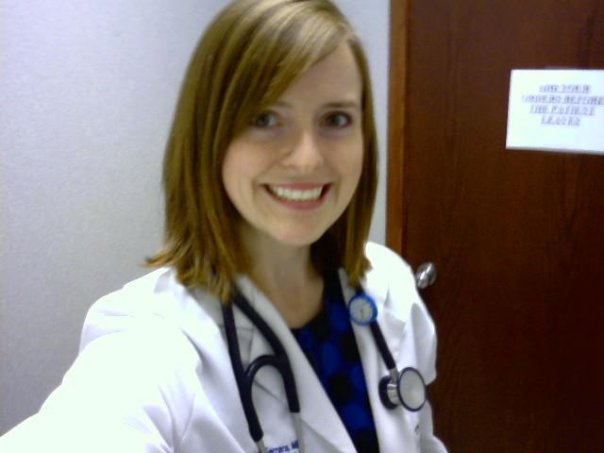 The AP teachers and their hands-on approach influenced me to excel. Ms. Cassidy, Mr. Welsh, Mr. Mastrobuono, Mr. Nemecek, and Ms. Clemson helped me to become a leader and learn to work as a team member.” In addition to her AP classes, Melanie was very involved at Brush, serving on Student Congress, participating in the theater program, and being part of the softball, soccer, and swimming teams.

Melanie’s future goal is to move with her family to a developing country to help set up a health system from the ground up. This desire to help the underserved and level the playing field is common among many Brush graduates. Melanie feels that attending SEL Schools made a difference in her perspective about the world. “The more that we continue to segregate ourselves by skin color and religion, the more we will continue to misunderstand each other.  I believe that it will be the kids who grow up and learn in diverse communities who will solve the problems of inequality and injustice in the United States.”

Mary considers her SEL school career to have been a positive experience that helped shape her world view and set her up for success in life. “Attending a diverse school and making friends with people who were different from me helped in my academic career as well as in my professional life”. She mentioned that when she arrived at Ohio State some of her classmates had a harder time interacting with different kinds of people and seemed less open minded. “Attending SEL Schools made me realize that no matter what someone looks like, we all have the same wants and needs.”

When she thinks back on her school career, Mary recalls many memorable teachers who made their subjects come alive for her. “I had Mr. Beck for freshman English. He challenged everyone to do their best and inspired me to work hard and find meaning in what I was learning. That’s why he was my favorite teacher.” She recalled his creative lesson plans and the way he would go above and beyond every day to make students want to learn. Mary acknowledges that the negative perceptions of SEL Schools caused her and her classmates to work harder to prove that those perceptions were unfounded. “The perception of being ‘less than’ made us work harder to be ‘more than”, recalls Mary.

In August of 2014, Mary married her OSU classmate, Juan Mosquera, who now works at a non-profit devoted to helping kids learn to cope with negative emotions through yoga and meditation, called YES! For Schools. The couple hopes to someday move back to Ohio, but for now are enjoying their lives in New York.

In closing, Mary offers these words: “To any parent who is worried about the diverse environment at SEL Schools preventing their kid from getting a good education, don’t be. Sure, diversity can be messy and complicated, but we don’t live in a world where everyone is the same, so why should our school experience be any different from what’s out there in the real world? I’ve heard it said that ‘our diversity will not be a barrier, but rather a reason for our success’.  And in my educational experience, that’s been completely true.” 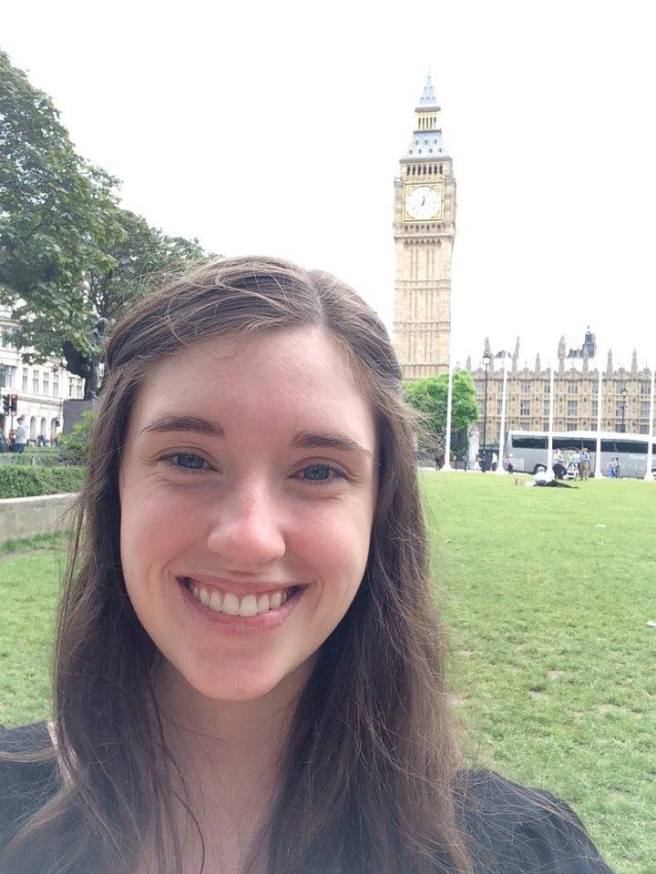